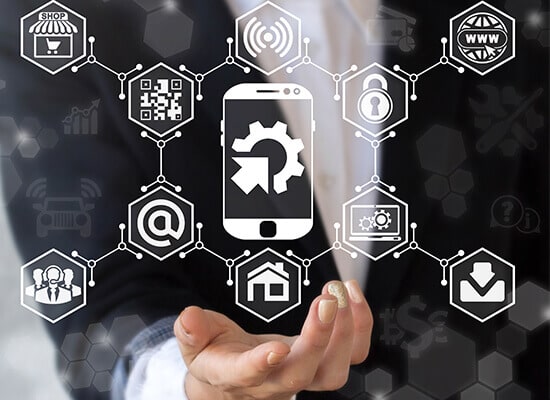 The Customer is a national public sector agency that provides diverse forms of social security payments to more than ten million beneficiaries in their country. These include subsidies for housing, family and childcare support, educational allowances and more.

The Customer needed to modernize their IT environment, including updating all their strategic legacy applications, which were based on IBM and Bull mainframes. The objective was to provide business value and build new, more efficient services that would allow the Customer to achieve greater business agility, while increasing time to market and reducing costs.

Initiated at the behest of the Country’s president, the mission was to reduce the operational costs of the agency’s legacy applications and improve the overall efficiencies of their IT environment. The Customer was also facing rapidly-escalating costs to maintain and support their mainframes due to the increasing scarcity of experienced mainframe talent.

This migration project faced significant challenges, however, since manually modifying such mission-critical systems could be highly disruptive to this critical government organization’s day-to-day business. In addition, finding developers with both the legacy and modern technology skills required to rewrite the decades-old applications proved very difficult.

The chief risk to this type of project is its potential impact to the daily operations of the business. The secondary risk is cost; the longer a project takes, the higher the cost and the increased potential for failure. This “time to profit,” or the amount a time it takes to deliver value, is critical to project success. The speed that automation adds, significantly shortening project timelines and costing far less, results in a dramatically lowered risk of failure.

After a rigorous analysis of the challenges involved in this project, it was determined that manual conversion of the existing COBOL code into a modern language like Java or C++ would require a substantial investment of time and human labor to convert manually. In addition, a manual re-write of the code added an unacceptably high level of risk to the agency.

With this challenge in mind, the agency’s project team selected Atos as the systems integrator, along with mLogica’s mainframe migration software LIBER*M, since the migration entailed extensive re-coding to make the applications compatible with the new RHEL 7 and x86 architecture.

The decision was made to leverage Microfocus COBOL to compile the existing COBOL application to Linux, while the LIBER*M z/OS emulation software allowed the existing job control software to run on the end-state environment.

The existing mainframe consumed around 55,000 MIPS, consisting of eighty mainframe partitions and 35,000 internal users. Since the new system would be required to support millions of web users nationwide, it was configured on RedHat Enterprise7 Linux, with approximately 500-600 CPUs across eighty VMware virtual machines (VM), with one VM to support each governmental region served.

Next, our team validated the performance of the entire modernized environment to ensure performance, security and reliability. Finally, all applications were deployed in the production environment after ensuring secure access was granted solely to authorized users.

Thanks to mLogica’s exclusive technology software LIBER*M, we were able to quickly and reliably migrate the Customer’s mission-critical IBM mainframe and Bull applications to a Linux-based open platform environment with minimal disruption to the Customer’s critical and wide-ranging business activities.

This project was critical for the Customer to be able to enhance the adaptability of their business systems while reducing support costs—all with minimal impact to the day-to-day operations of this critical government organization. mLogica’s LIBER*M tool suite enabled the rapid migration of the application code and data off the mainframe to a modern open platform with minimal user disruption.

Eliminating this agency’s mainframe expenses and running the application to an open-source system based on commodity hardware dramatically reduced overall costs by more than €20M per year (approximately $24.1 million USD), providing return on investment (ROI) in less than one year.

Moving legacy applications and systems to an open environment with minimal impact on business users requires speed and consistency, a combination only an automated conversion tool can deliver. But software automation alone is not enough; a successful modernization strategy also requires proven methodology and an experienced project team. Equally important is experience; the knowledge of where to look to spot potential show-stoppers, the ability to anticipate surprises and to be prepared with viable solutions.

This combination of software automation, methodology and experience is how mLogica can guarantee success.